Warning: "continue" targeting switch is equivalent to "break". Did you mean to use "continue 2"? in /homepages/31/d135984990/htdocs/wordpress/wp-content/plugins/qtranslate-x/qtranslate_frontend.php on line 435
 Edition Unseld

© Mind The Gap. All rights reserved. 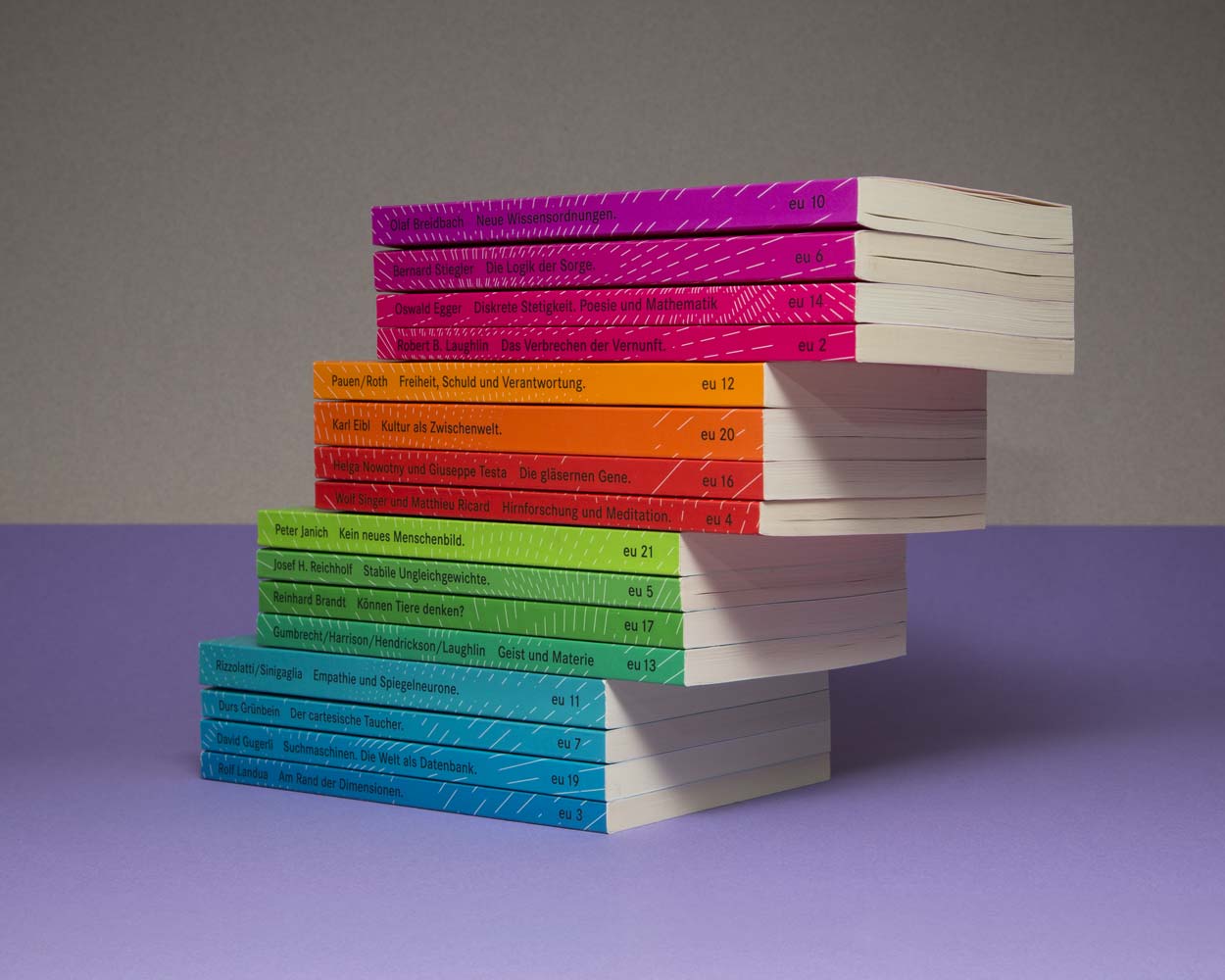 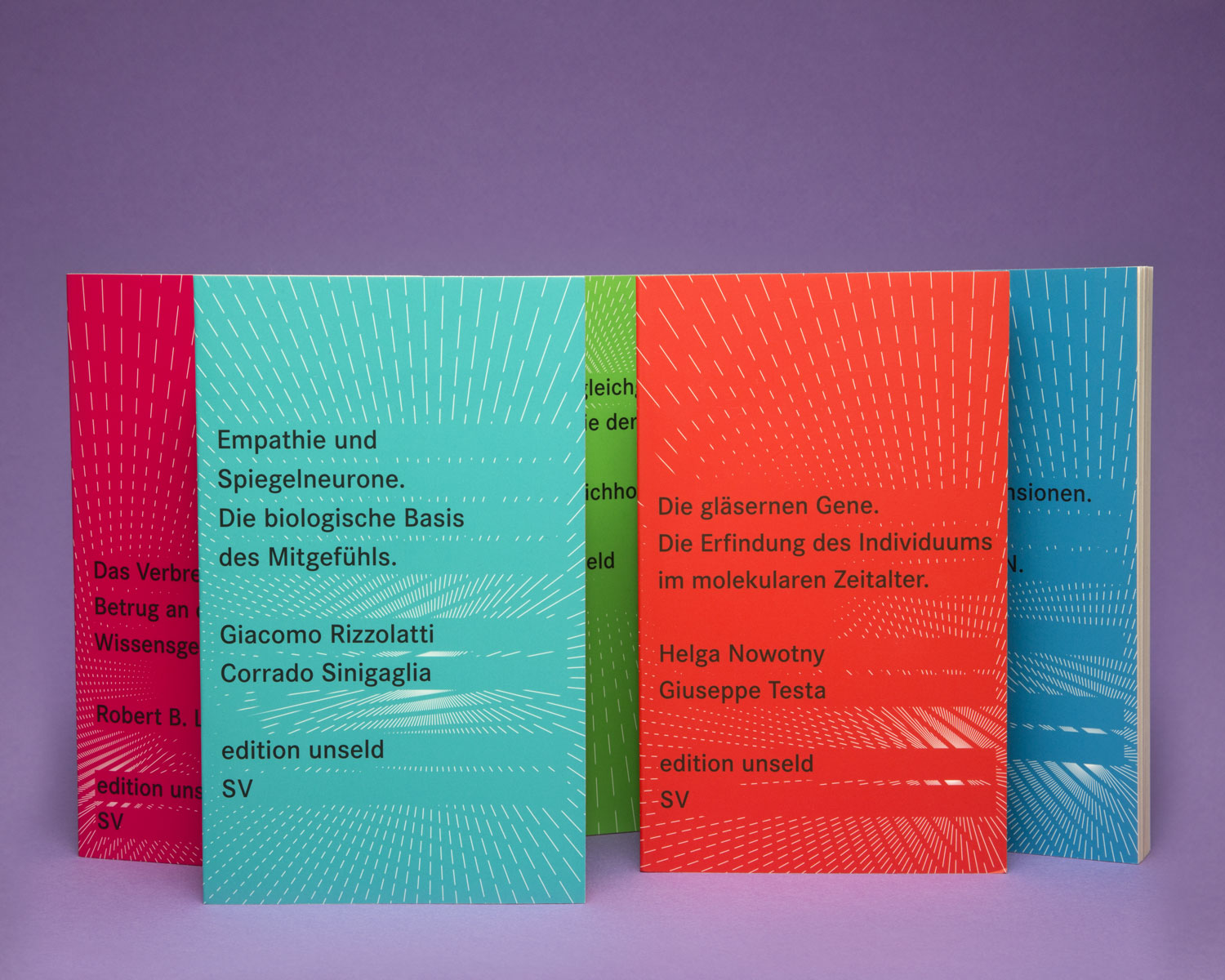 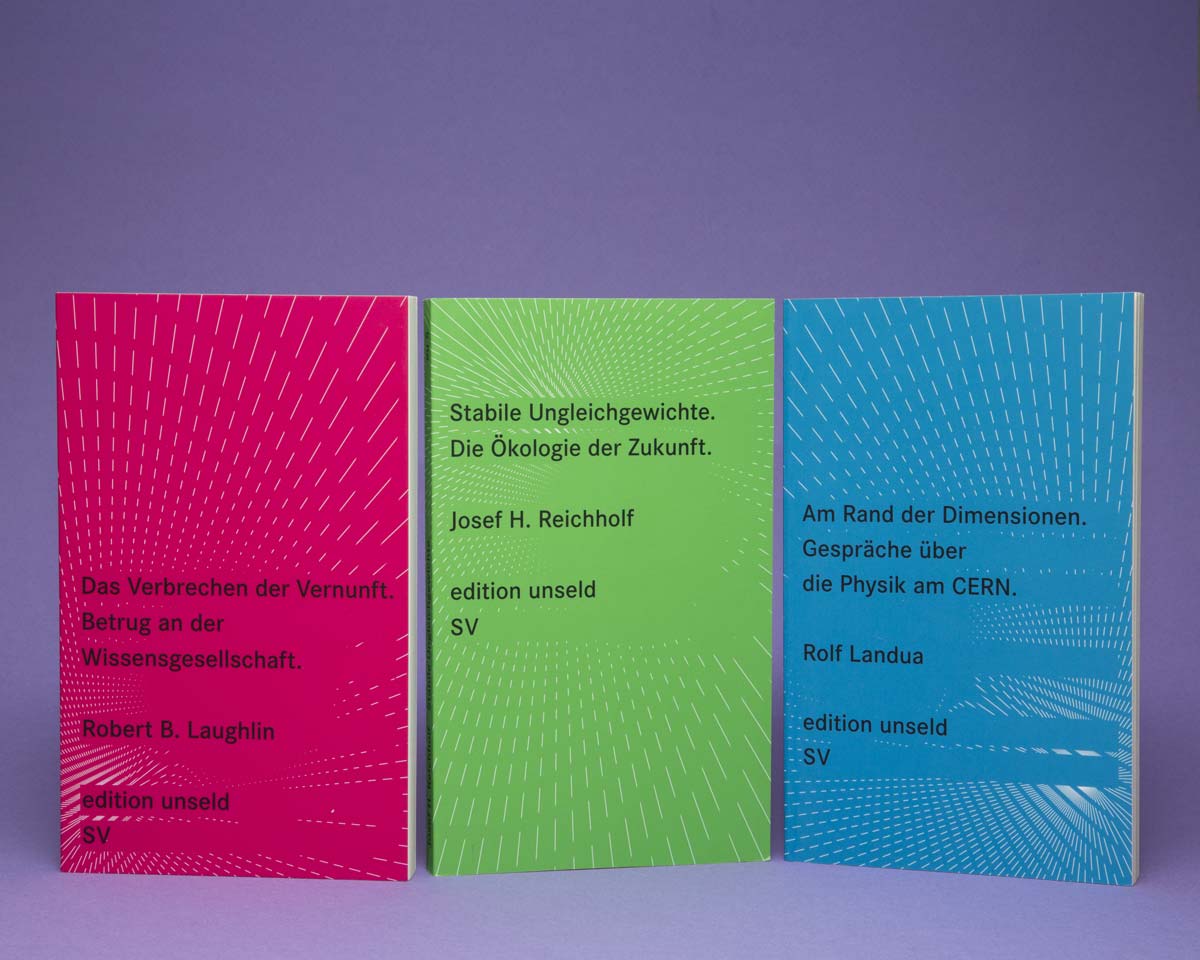 Our understanding of the world today is defined by scientific analysis and insight. While this research aims to create clarity, the more advanced and detailed it gets, the more difficult it becomes to keep the bigger picture in sight.

Edition Unseld is a series of books created in memory of Siegfried Unseld (1959 – 2000) the legendary publisher of the Suhrkamp Verlag. It sets out to encourage an interdisciplinary dialogue among scientific disciplines and communicate scientific worldviews to a broader audience. Edition Unseld follows the tradition of Edition Suhrkamp, which was created to make contemporary literature accessible to a broad audience, and was also dedicated to the publisher’s late founder Peter Suhrkamp.

For the design of Edition Unseld we, therefore, strongly referenced the Edition Suhrkamp. We chose a similar minimal title design with a modern, scientific yet approachable sans serif font (Corporate S). We deconstructed the iconic colour rainbow into fragments, and reordered the colours by applying a complementary colour concept. Furthermore we added a variable graphic element to the background consisting of two graphic poles, which establish variations of a virtual space for each cover. This can be interpreted as an abstract cognitive room created by the dichotomy of two opposite positions which are engaged in a dialogue, and wherein different topics and positions create tension and distortion.